Graylings and torpedo on the hook...

After a brief phone conversation with a good friend and colleague Dr.Kovacs, we decided to take advantage of the great April weather and to go out for some fly fishing. Although initially we opted for a river not far from home, after we analyzed the water levels in the area, we decided to fish on a river where we had  been a few years ago.
On this occasion I was going to test my new Orvis Helios got from another friend and great fisherman, Dr.Zerehgar. After achieving proper preparation we arrived early enough on the waterfront. Our decision proved to be correct in choosing this stream. The water was clear and not too high.
My first option was a gold BH nymph on the tippet and a PT hot spot size 18 on the dropper. Soon after we strated, my friend already had the first fish, a great grayling around 28 cm, caught on a brown nymph that I gave him a few years ago. Shortly after this first fish, he caught two other graylings about the same size at the same nymph. 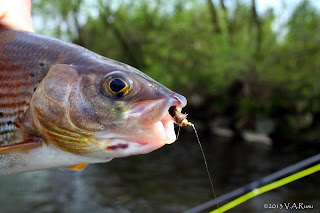 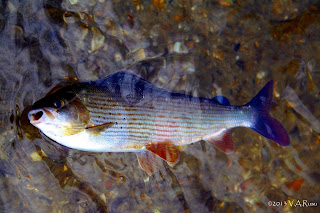 After I changed the system, replacing the nymph on the tippet with a lighter brown one but still gold BH and increasing the distance between the nymphs followed three attacks and also three beautiful graylings.
The fourth attack was of a rainbow that managed to take the small PT. Unfortunately I didn't caught any other trout this day. Fish bite at tiny brown nymphs. There followed a few hours of sun and many superb fish. We stopped counting fish after the 10th grayling. 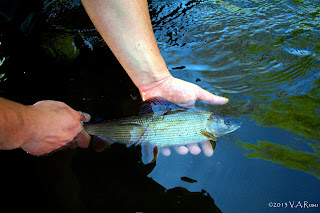 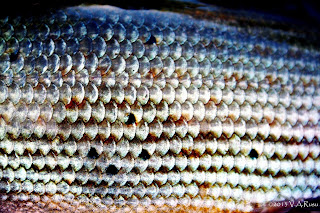 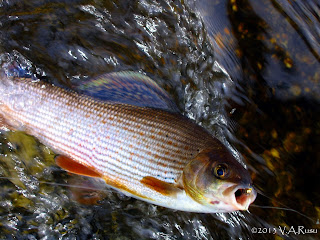 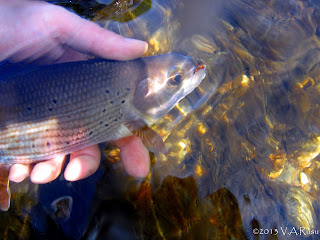 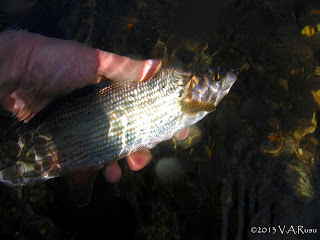 After a well deserved meal, I choosed some larger and heavier nymphs and also replaced the leader knowing that we'll fish some places with deeper water. My choice turned out to be correct. I felt a heavy strike, hooked up and realize that hard minutes will follow. I was dealing with a large barbell. Already after a few minutes of drill, I missed my class 7 rod. My new class 5 rod performed very well in the fight with the monster. My right arm ached like hell and fish showed no sign of fatigue. After 20 minutes of struggle I managed to capture the monster with my friends help, the barbel had over 8 pounds. After we made some pictures, I released the fish. Pleased with the results, we went home talking about fishing days will come on other waters with other monsters. 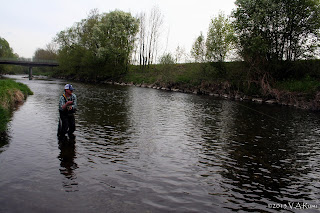 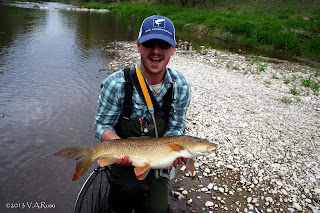 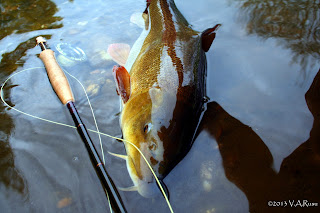 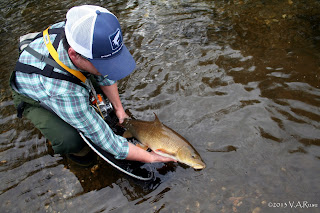 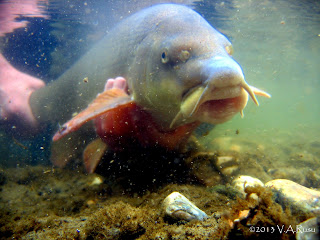